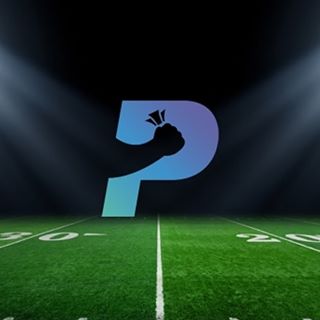 It’s suddenly hard to pick the nameless ones. For the time being, this is Taylor Heinicke’s team. However, this is a Giants team that could onlly manage 13 against the Broncos… and they weren’t even that good. What are they going to do against this D? It’s a lot easier to pick Taylor at homw knowing he probably only needs to put up 17.

Kyler Murray has got to be salivating over this Vikings secondary.  The Vikings will keep it close for a while, Cousins will pile up some numbers, they’ll stop feeding Dalvin Cook the ball as the Cardinals pull away…. And the Cardinals wind up winning by a couple of scores. So basically the usual for MInnesota.

The Titans were a bust in week one. Only the Texans won in their division in week one, so it’s a bit early to call a game a must win… but this is close. Seattle’s D isn’t great, so this is a good opportunity to remember the whole “scoring points” thing. Seattle will keep pace, though… if you’re an A.D.D. football fan and want a ton of points… here you go.

The Browns had every opportunity to take out the Chiefs in week one and couldn’t close the deal.  The Texans will come on back to reality; Cleveland will build a big early lead and coast from there.

There is no way Jameis Winston is that good now. Betting on him playing two games in a row ike that is like betting on the weather. Sam Darnold has a ways to go, but by the end of the year the Panthers will be ahead of the Saints in the standings.

Stafford leads his new team  on the road for the first time for a showdown with the Colts.  Only… this won’t be much of a showdown.  Indy seems incapable of understanding how to use the talent they have in their backfield.  No, you’ll see an arial war between Stafford and Wentz.  And that’s like taking a knife to a gun fight.

One guy will determine the outcome of this game… Josh Jacobs.  Carr isn’t going to drop 450 on the Steel Curtain.  We know what we’re going to get out of Pittsburgh.  24 points will win this game.  If Chucky can get over his fear of running the football and keep feeding Jacobs, the Raiders win this game.

Two of this year’s top rookie QBs go head to head.  Both were impressive at times in week one.  The GOAT of coaches couldn’t get a win out of his team at home… he should at least get a win out of them against the J-E-T-S.  It’ll be closer than most think, though.

Another week that Matt Ryan will wish he had hung the cleats up after last year.  This one will be overr by halftime.

You want to see a fantasy explosion?  Here’s your game.  Both QBs will put up 300+ passing yards.  There will be points.  What there won’t be from Dallas is a D…. not much they can do about that… or a running game, which they could fix…. And would if they didn’t have the worst coach in the NFL.  Dak will carry the ‘Boys to wins against bad teams, but he needs more help than he has against the Chargers.

There are only a few teams in the NFL who are built to be Chiefs killers.  You need to run the ball, keep KC off the field.  No one does than better than Baltimore.  Cleveland did it, and almost knocked the Chiefs off.  But unlike the Browns, the Ravens have a D.

The Bills will be looking to flex after getting smacked around by the Steelers, and the ‘Phins are still a very good team with a very average QB.  Shouldn’t be any doubt who’s running the AFC East after this one.

The Bears D is going to be mosre than Joe Burrow can handle; after what the Rams did to them, this unit will be looking to make a point… God help Joey B with that line.

Jalen Hurts is going to be a star, but it won’t be this week against the ‘Niners.  That pass rush will have him on his heels.  San Fran’s “we’re back!” tour continues.

Wouldn’t it be crazy if, after all of the fuss Aaron Rodgers stirred up in the off season, it turned out he hit the “Old guy” wall and suddenly sucks?  You have to imagine he’ll be looking to make a point against the Lions… if you haven’t noticed, he does that.  Goff should look good as well… as we saw, the Packers D still can’t stop anyone.