Anther week down, and another week of surprises. Here again are your “Official” NFL Power Rankings, this time for week 10. This week we’ve gone with “NFL Blackout Uniforms”… as you know if you’ve seen our rankings before, we use a different version of the teams’ helmets every week… click the image of your team to see all of the alternative helmets we’ve collected! 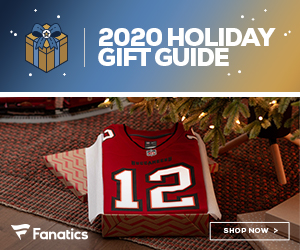 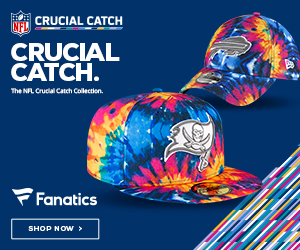 Maybe the Steelers were looking past Dallas. Maybe after two huge victories there was an inevitable letdown. It looked like it for a good portion of the game. But in the end, they did what great teams did. Their great players made great plays when it mattered and here they still are… undefeated at the top of the hill.

We called it last week when we said the Saints were going to take charge of the yard, but…

To call this an @ss whoopin’ doesn’t do it justice. Any questions about who the big dog is in the NFC at the moment have been answered.

The Panthers gave the Chiefs everything they could handle; in the end, they could… and probably should… have lost this game. They’re still the Chiefs, but that air of invincibility just isn’t there.

The Ravens were solid against 70 year old Philip Rivers and the Colts. This is comfortably a 12 win team, but the gap between them and the two AFC teams above them is pronounced.

This may have been the most important win for this franchise since they were losing Super Bowls. The Bills had begun to settle into an identity; good team, but not on that elite tier. They lacked that signature win against a premier team. This might have been that win.

Was this a week of exposure for the Bucs? Yes and no. The Saints laid out just how to neutralize Brady’s boys. Unfortunately for the rest of the league, there are only a couple of teams with the firepower to follow that blueprint.

A depleted 49ers team was exactly what the Packers needed this week. Adams and Aaron Jones being back bodes well; when those two and Rodgers are on the field together the Pack can go head to head with anyone. The problem is that if a team can run the ball, they can beat the Packers. The D will have to make huge strides if they want to sniff more than the playoffs.

The Bears made it look respectable with some cosmetic points during garbage time, but the Titans got their feet under them again this week. The Titans are what they are… a team at the top of the NFL’s middle class.

Russell Wilson has to feel a lot like Aaron Rodgers right now. Without him, this is a team that might win 4 games; aside from Metcalf, he just doesn’t have enough help. He’s good enough to carry this team to the postseason, especially with most of the NFC East left on the schedule, but there’s no way this is a Super Bowl team.

It’s time for the NFL to take notice; putting aside the QB position for a moment, Miami is just a good football team. To that QB… Tua has been… meh so far. Yes, hes talented, and yes, it looks like he’s going to be a good NFL QB. But in a year where it seems anything can happen, this Dolphins team… with a veteran under center… could be in 2020 what the Titans were in 2019.

It’s hard to see what exactly the identity of this Cardinals team is. At their best, as we’ve seen, they’re as good as all but the top couple of teams in the NFL. The problem is… they aren’t at their best near often enough.

YOU MAY ALSO LIKE:  NFL Helmets In A Family Guy World

The Raiders are finding themselves, but they didn’t have to look far. This Raiders team has the same recipe for success that every Raiders team has had for decades. Pound the ball, and have a QB who can manage the offense while stretching the field with the deep ball a few times a game. That’s the silver and black way. Side note… David Carr is quietly having a brilliant 2020.

In a year where the injury bug has basically taken residence in the ‘Niners locker room, it stands to reason that COVID would jump in and kick them when they’re down. It was terrible timing, as this one may have all but killed any realistic shot at the playoffs.

We said last week that the Colts weren’t as good as their 5-2 record, and that they could very well lose their next 4 games. Titans and Packers on deck. One down 3 to go.

Remember back in the day when the Bears were contenders? Like 3 weeks ago? Same old story for Da Bears. Great D + Crap O = Mediocrity.

You gotta feel bad for the Panthers. The team they’re fielding now, record aside… may be better than a number of teams that land in the post season (and not just the NFC East’s rep) It’s not impossible; 4 of their remaining games are against teams with losing records. But with Tampa, New Orleans, and Green Bay also out there waiting… it doesn’t look good.

YOU MAY ALSO LIKE:  The Coolest Ever Star Wars NFL Helmets.

Maybe this is what 28-3 has turned the Falcons into; this pattern has going since then. They’re complete garbage the first half of the year, and start winning over the second half… but not enough to do anything but break even.

With the suddenly collapsing Bears and Cowboys coming up, the Vikings could suddenly find themselves at .500. Is it possible that after a 1-5 start the playoffs are a legit possibility? With an extra wild card game, it is. but they’ll probably need to take 2 of 3 from Tampa, New Orleans, and Carolina.

While the Broncos are giving Mile High fans reason for optimism, it’s optimism for the future more than now; the rest of the 2020 schedule is brutal.

There’s just no figuring out the Lions. That is all.

That was almost a complete game for the Chargers, but in the end they still have to learn how to win. It sounds simple, but great temas win games like this; see: Pittsburgh at #1..

Even the New York (High School) Jets are almost too much for the Pats now.

When you’re 1-7 you’ll take any win you can get… even if it’s just over the nameless ones. It still saus something when you win the turnover battle 5-0 and win by 3.

The Texans even look bad when they win now.

Jake Luton. I had no idea who this guy was just a matter of days ago, but watching him lead the Jags down the field at the end… Hell, I was his biggest fan. So close. But that’s how it is when you’re 1-7.

At least they’re not in last place.

I was reminded on Sunday that this used to be an actual football team.

We had given up on commenting on the J-E-T-S weeks ago; what was left to say? The last few weeks… we just posted Jets jokes here. But Monday… man. We really thought they were going to pull it off. Flacco was out there tossing it around like back in his purple days… even Frank Gore was getting in on things… and he’s like 60. But in the end… 0-16 may just be inevitable.